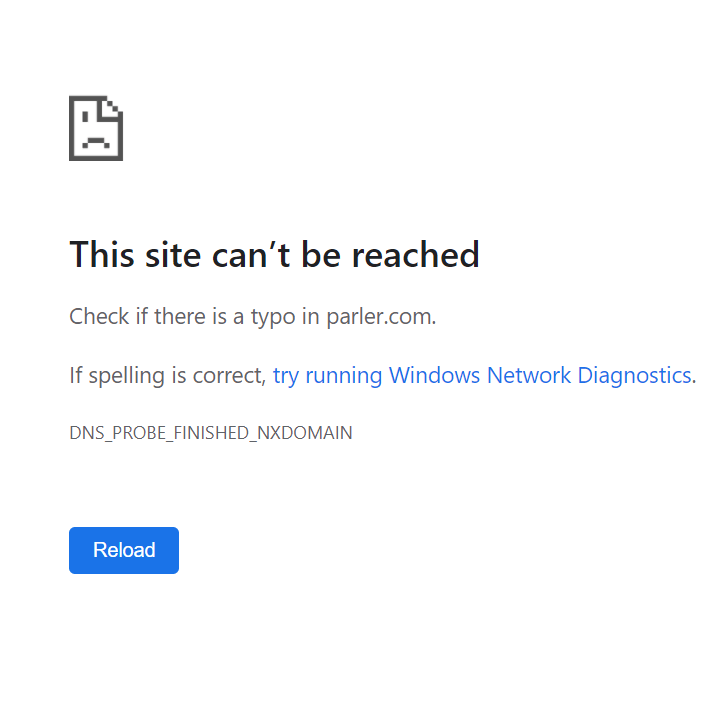 It was a dark week in US politics last week, ranging from the storming of the Capitol Building on January 6 to impeachment papers being drafted on the president, for inciting said act.

But it’s turning out to be a dark week for others, as well.

Take John Matze, for example.  He is the CEO of Parler, which is an alternative social media outlet that prides itself on its “free speech” policies.

As you may know, there was a mass right-wing exodus from mainstream social media sites, like Twitter and Facebook, to Parler.  The exodus began in earnest in the Spring of 2020, not long before the election, with Conservatives complaining that they felt like they were being collectively censored for their ideas.  In their mind, it had nothing to do with the spreading of misinformation or calls for violence, but because the platforms simply didn’t appreciate the fact that not all of their users were social justice warriors.  Then, Trump himself was kicked off the mainstream sites for inciting violence, due to the fact that inciting violence violates the rules of the platforms.

In fact, it was widely believed that Trump would take his account and his followers to Parler after his ban.  But alas, it looks like that won’t be happening; at least, not any time soon.

That’s because Google and Apple removed Parler from their list of apps – due to the app’s lax moderation.  Not to worry, though, because account holders could still access the Parler platform online… Until Amazon decided that they would no longer host their account on the Amazon Web Services (AWS).  Which wouldn’t have been a huge deal, but it appears that no other hosting site is willing to host them.  They went dark in the wee hours of this Monday morning.

To add to their misfortune, it appears that a political hactivist, known as “Crash Override,” has reportedly hacked Parler, using after finding an internal web address used by Parler to retrieve data.

This hack has allowed her to compile a massive stash of all the posts, videos, and images uploaded to Parler… Even those that users deleted after the storming of the Capitol.  She was able to do this because, like many other sites, Parler didn’t actually delete the content when their users deleted them; they simply changed them to “unviewable” so they wouldn’t be accessible in searches.  Looks like that might have been a mistake.

After learning that Parler was about to go dark, she called on others to help her get all the data recorded by setting up a crowdsourcing system that allowed anyone who wanted to help, to download the content. It is currently being processed and will then be uploaded to the “Internet Archive” where it will be available to anyone who wants to view it.  Like, maybe, law enforcement personnel interested in arresting the perpetrators of the storming of the Capitol?

It’s going to be an interesting couple of days.