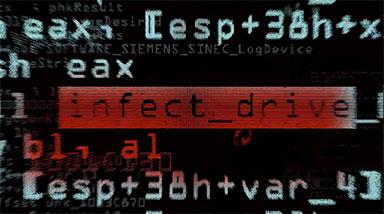 And it also happens to be true.

This documentary by filmmaker Alex Gibney cannot be missed. If you think you know malware, think again.

Stealing a person’s identity is a hack that would make Stuxnet laugh. Without giving too much away, this virus was developed in tandem by two allied nations and unleashed on the nuclear plant of a common enemy, to prevent them from creating plutonium.

Ultimately, Operation Olympic Games, as it was known, failed and the perpetrators, whose objectives were less than unified, were identified, leading to access of Stuxnet on a wide scale. The ramifications of which I will leave to the film.

The discovery of this virus is just as intriguing as any spy film available.  One brilliantly designed computer virus has the potential to start “World War 3.0,” and can shut off an entire country’s power supply, causing death, mayhem and mass hysteria. And all this without the victim even knowing what hit them.

Talk about a stealthy operation…

So when this operation fails, it does so on a grand scale.

It is not difficult to reverse engineer malware, and it’s also not so difficult to figure out the makers. This means the enemy now knows how to duplicate the virus. And they know who to target.

This virus attacks machinery. Not just in nuclear facilities. It could override hospitals, water plants, traffic lights… Mass pandemonium, and that’s not even beginning to scratch the surface!

Do you live on Earth in the year 2016 or beyond? If so, Zero Days is a film you cannot miss.

Whether you are in IT or Athletics, it is relevant and will leave an impression. There are things you see that cannot be unseen. This documentary is definitely one of them.