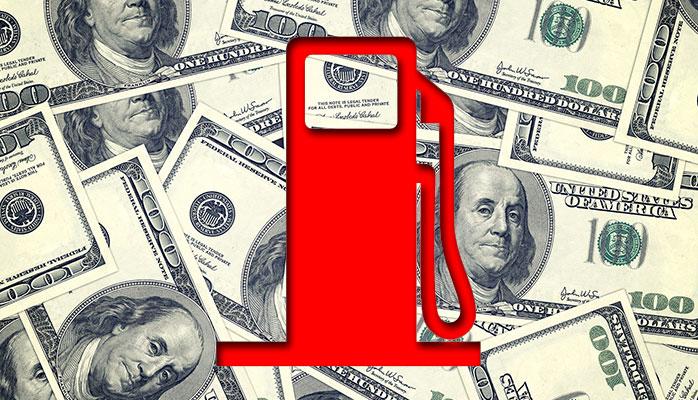 There’s a reason that the average American household owed over $16,000 in credit card debt last year. Most people rely on their debit and credit cards to make purchases because carrying large amounts of cash around isn’t only an easy way to lose it but is also impractical. There’s another reason why people don’t use cash though; It’s because spending cash is painful. If you were carrying $100 in cash and spent $20, you would be much wearier of spending unlike if you simply charged $20 to a card. That’s why everyone relies on cards today. The result isn’t just credit card debt though, because the more we spend with our cards the more we open up our wallets to hackers.

Just take going to the gas station for example. Before credit cards and card readers, you would have had to go inside the station and give your cash to an actual person. Today though, most people simply swipe their cards and get back in their cars while the gas pumps. While it may be a smoother transaction, the lack of attention and human contact has opened up gas pumps to hackers looking to steal credit card information. ATM fraudsters steal over $2 billion every year according to U.S. News and World Report and gas pump hacking works the same way. With ATM fraud though, one of the easiest ways to protect your information is to simply use an ATM at a bank instead of a public one. Unfortunately, gas pumps have all the vulnerabilities of a ATM with few options to prevent fraud other than simple vigilance.

There are two main types of fraud that occur at gas pumps. The first, is simply observing a PIN number through a camera placed near the key pad. If they have your PIN number, a hacker simply needs your card and they can access your funds. The second method is through card skimming. A card skimmer is a device that hackers place on top of a real card scanner in public places like ATM and gas pumps. When a person inserts their card to make a transaction, the skimmer picks up the cards detail and remembers them. Hackers can access these details and use them to access your funds similarly to if they had your PIN number.

In the past, if you looked at a card scanner with a skimmer attached to it and then at the scanner on the pump next to you, you could probably tell that something was wrong. Today though, gas station hackers are taking it a step further and actually placing their skimmers inside the pump so they can’t be seen. In Hattiesburg, Mississippi, the owners of a gas station found multiple card skimmers inside their pumps this month. The resulting identity thefts not only lost their customers money, but lost them business because people didn’t want to get gas knowing that their pumps had been compromised. It got so bad that the owners had to result to putting alarms on their pumps so that if someone tried to open them without a code the police would be notified.

Going cashless may have made shopping much easier, but it’s also made our money much more vulnerable to hackers. You can’t just not use autofill and change your passwords on online shopping accounts and be safe anymore. Simply filling your car up with gas could be what hands your identity over to hackers. There are no methods that will guarantee cybersecurity, hackers are simply to smart, but being aware of all the places that you could be hacked puts your security way above the average person’s.