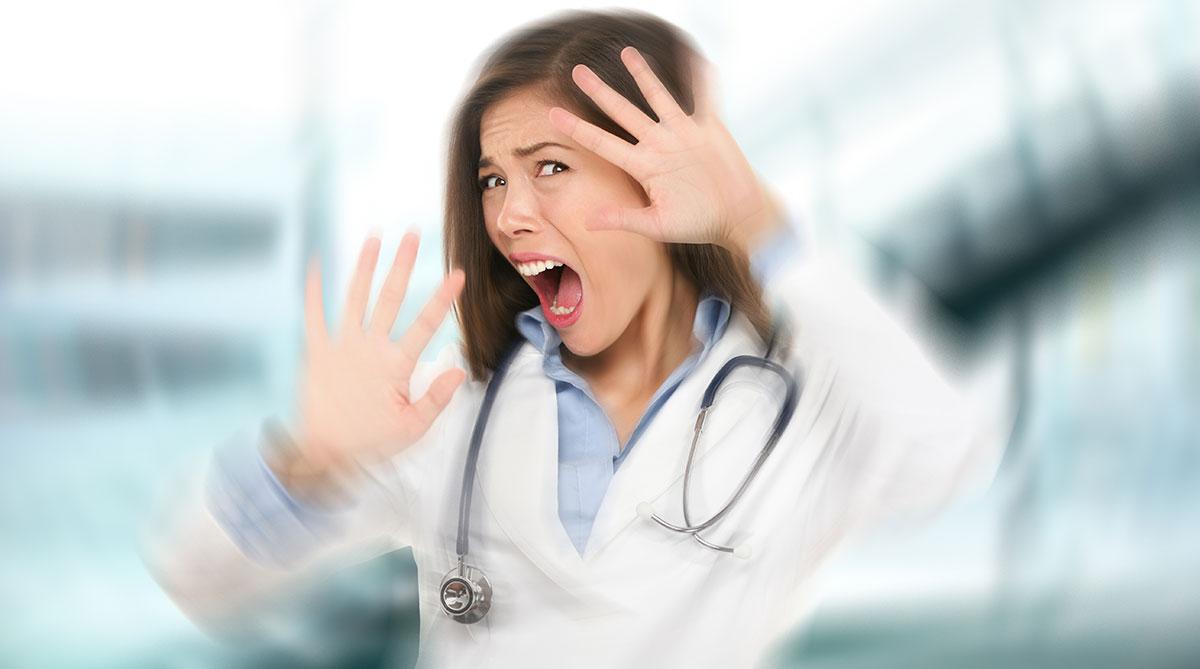 In 2013, individuals at Presence Health lost operating room schedules that had the private medical information of patients on them. They discovered the problem and reported the incident to the Department of Health and Human Services’ Office of Civil Rights (OCR) like you are required to do, but they made a huge mistake because they delivered their report 40 days after the 60-day period required by HIPAA. And by doing so they made themselves an example of a huge problem in the healthcare industry and were fined accordingly. At the beginning of this year, they agreed to a $475,000 settlement for failing to report the breach on time.

Anywhere you read you’ll see that cyber-attacks on the healthcare industry are on the rise, in fact, 2016 is often cited as one of the worst years of all time for Healthcare IT security and 2017 is projected to be the same. But even though there are reports of breaches all over the industry, the amount of reported breaches the OCR receives hasn’t grown. In fact, in 2016 only 9 healthcare organizations reported malware or ransomware attacks to the OCR

The first thing hospitals fear is obvious, the monetary consequences. Medical records are strictly protected under HIPAA, and if an organization fails to live up to that standard they will be fined. That’s not including all the costs that occur after a breach, like providing credit card monitoring, investigating and repairing the network, and even sometimes paying a ransom when hit by ransomware. Breaches are costly, and reporting them only increases the costs. Breaches are also embarrassing for everyone involved top to bottom. The general idea of how a network is breached is some idiot clicking on a link that promises them wealth or something else that you clearly can’t get through an email from an unknown sender. Even if the average employee was tricked by clever social engineering or the hacker attached the malware into a document that was labeled as an invoice or a resume, chances are they will be afraid to report the breach to management. If the breach does make it to a manager or CEO, then they too might be afraid to report the breach because of the bad publicity. When a healthcare provider is breached a person’s most private information is put up for grabs, so when there are headlines telling thousands of people that one provider failed to protect their patients that breach can turn into years of declining business due to a poor reputation. Plus, healthcare providers can’t operate at full efficiency when their networks are being investigated, so instead of dealing with this issue and all of the ones mentioned above people choose to simply not report their network breaches.

But be warned, if you don’t report your breaches you’re putting your company’s future on thin ice. HIPAA and all its tedious regulations and big fines exist to make sure healthcare providers take all aspects of their job seriously, and if you’re breached and don’t follow HIPAA protocol chances are you’ll be hit again in the future because of your refusal to take your cybersecurity seriously.

And when it’s discovered that you’ve failed to report your breaches, you will be made an example of to all the other providers who are doing the same thing. You don’t have to ask Presence Health how that feels to know you don’t want to go down that road. Take your cybersecurity seriously or hire an IT professional who does before it’s too late for you.