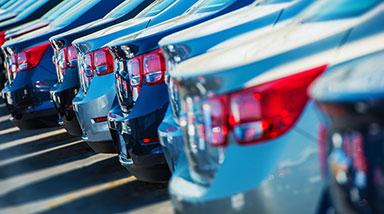 Driverless cars have to be one of the most exciting emerging technologies out there. There’s the obvious advantage of being able to work or read or do anything you want while your car drives you, but more importantly auto accidents will plunge once human error is taken out of the equation. There is one very dangerous downside to driverless cars though, and it has to do with your network printer.

The Internet of Things is a cybersecurity nightmare. Basically, every device that connects to a network can be a doorway for a hacker to sneak in or can be hacked and used against a server or a DDoS attack. Your network printer, your doorbell that sends a video feed to your phone, even your DVR are all IoT devices.

A few months ago, a network infrastructure company was hit by a DDoS attack that took down sites like Twitter and Spotify. Not a big deal right? Not yet. But once devices that we entrust with our health and safety, like driverless cars, connect to the same networks that IoT devices are on, a hack like the DDoS attack from a few months ago could shut down the network connection to cars. And you don’t want to think about what would happen once several cars on the interstate lose their drivers at once.

Cybercrime and the IoT aren’t going anywhere anytime soon, so we’ve decided to take a closer look at a malware that just last month took down heating systems at an apartment complex in Finland. It’s called Mirai, and it can make your printer carry out cyber-attacks.

Here’s how it works.

Mirai targets devices that run Linux. Once Mirai infects a device, it clears out other malware, blocks administration ports, and forces the device to report back to a central server and to scan the internet for other vulnerable devices based on their IP addresses. Mirai and other malware like it are so effective that Tech company Symantech estimated that once a device is connected to the internet it is scanned every two minutes. That means a device could be hacked by Mirai in minutes. If that wasn’t bad enough, most IoT devices are designed to be plugged in and forgotten about so they don’t have security updates and are usually limited to default settings that consist of weak passwords and login credentials that make them easy targets. Once a device is infected and connected to the hacker’s server, they can use it and other infected devices to continually send requests to a website or network until it is overwhelmed and crashes.

But here’s what you really need to know about Mirai.

A Mirai infected device will function normally, but if it is running slowly and is taking up more bandwidth, then you know something is wrong with your device. If you think your device is infected, you can get rid of Mirai by simply rebooting it.

It’s not that simple though. Remember that it’s estimated that IoT devices are scanned every 2 minutes? If you don’t change the login credentials that got you hacked after you reboot, your device will inevitably be hacked again.

Do you see how much of a difference a little bit of knowledge can make?

In under 30 seconds of reading you just learned that you can protect yourself from one of the most effective and dangerous malware’s out there by simply restarting your devices and changing your credentials. And while changing your credentials isn’t always an option, at least knowing it’s a solution can make a world of difference. Which is great news for you, because the Mirai source code was just made public for other hackers to use and create their own variants.

Stay ahead of hackers by regularly reading an IT blog and you won’t be caught by surprise the next time there’s a hack.