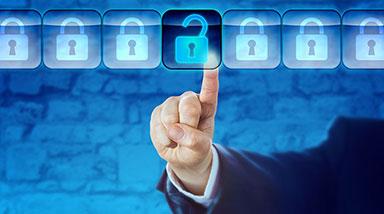 Every now and then an idea comes along and you think, “Wow, that’s really, really cool.”

A team at Washington University recently came up with one of those ideas that’s so simple and so good, you wonder why it hasn’t been used before.  Their solution is to send the password through a person’s body.  And the best part is, modern mobile phones already have the technology to make it happen.

The key to sending passwords through a person’s body lies with existing fingerprint sensors.  They emit a very low-frequency signal.  It’s not powerful enough to carry through the air, but they pass through the relatively dense human body without any effects and if the person is holding the phone.

An easy illustration of applicable use would be a good old doorknob.  If you’re not holding the phone, the door remains locked.  But if you touch the fingerprint sensor on your phone and touch the doorknob, it unlocks.  Technology like this is already being used in wearable medical devices, but from doors to computers to guns, the potential applications are limitless.