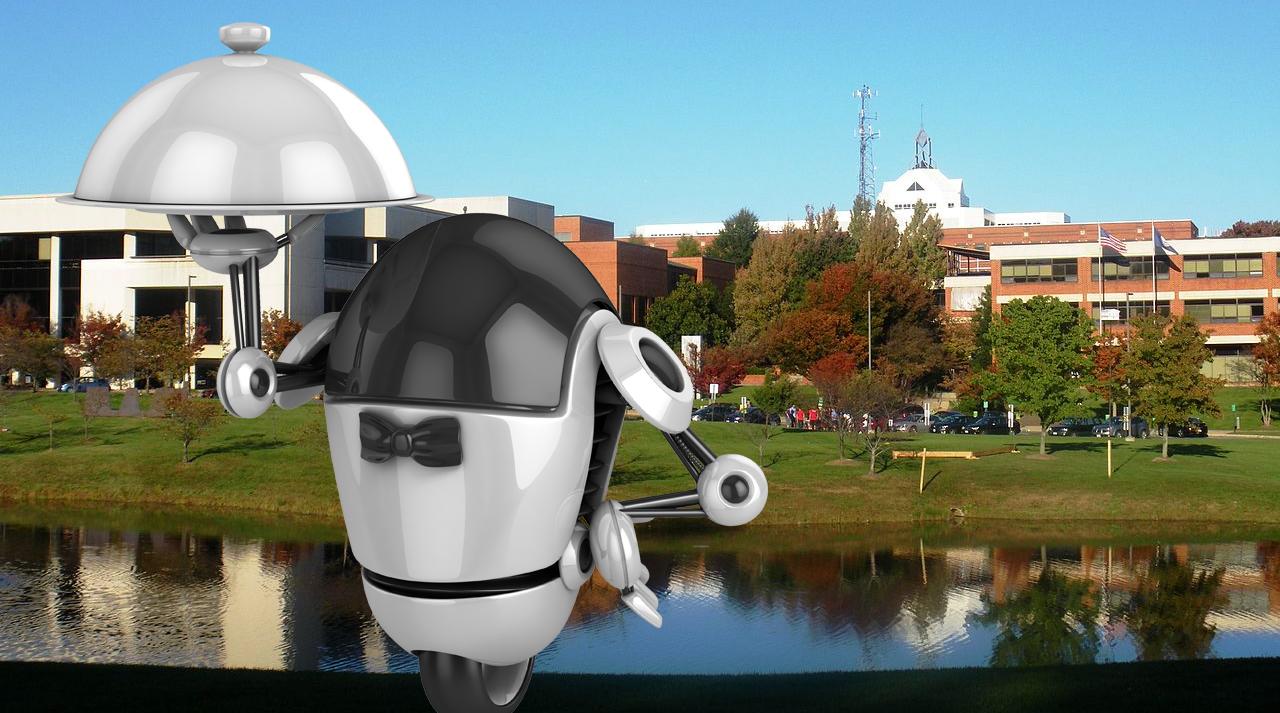 George Mason University in Fairfax, Virginia is now delivering food to on-campus students via autonomous wheeled robots. Estonia-based Starship Technologies partnered with Sodexo, a company that manages dining on George Mason’s campus to bring twenty-five delivery robots to the University. There is a $1.99 delivery charge for the new service. Senior Vice President of business development for Starship Technologies Ryan Tuohy cited convenience as the main reason for the robot success. “Our goal is to make life easier,” he says, “whether that means skipping the line, eating lunch on the lawn rather than in the cafe, or finding the time to eat better when studying for exams. Commuters can even meet the robot on their way to class.”

The company’s app allows George Mason students can order food via the company app from places such as Blaze Pizza, Starbucks, and Dunkin’ Donuts. It can even get up to twenty pounds of food from the grocery store. Once an order has been placed, users mark the delivery location with a pin, the robot’s progress can then be monitored using an interactive map. The app is what alerts users to delivery and allows the robot to be unlocked.

Artificial intelligence, ultrasonic sensors, and nine cameras allow the small, boxy robots to navigate around campus at an average of 4 miles per hour. Human teleoperators monitor the robots and can step in at any time. Streets and stairs are no obstacle for the robots who function rain, snow or shine.

Jeff McKinley, Sodexo district manager for George Mason, says that the program as a whole has absolute staying power. “Delivery services,” he says, “are everywhere, and are truly being driven by demand from this younger generation — and yet it is something that isn’t being done on many university campuses.”

Residents of Washington, D.C., and Redwood, California are already familiar with these robots. The machine’s pilot program last year delivered meals from local restaurants in both locations. In Britain, the company is using its technology to deliver packages, as well.