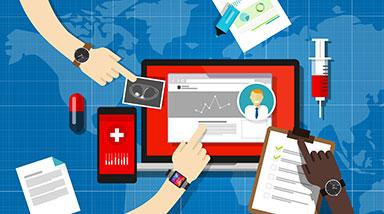 June saw the most patient data breaches for 2016 so far, with over 11 million patient accounts compromised, according to a new report.  Over ten million of them came from one single breach.

Hackers are not the sole cause of all the data breaches, though they caused a significant portion at just over 40%.  The same amount was also attributed to insider error or wrongdoing while 17% came from lost or stolen records, either one digital devices or paper.  Vendors and business associates were a significant source of breaches, which is why it’s important to make sure that any company doing business with your business has security guidelines that are at least as stringent as your own.

These data breaches are not likely to slow down.  There were just under 700,000 breaches from 137 incidents in May, according to the Department of Health and Human Services.

This all serves to underscore the fact that healthcare companies are not taking enough action to make sure their patients’ records are secure.  Unless you’ve recently done a security audit, you should contact us immediately to make sure you’re not a part of our next report.