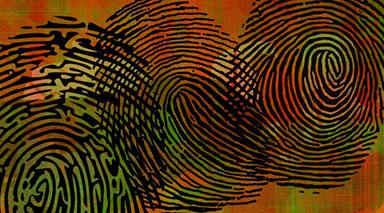 We all remember the dispute Apple and the FBI had over unlocking the phone of one of the shooters in the San Bernardino terrorist attack. Authorities have found a new way to get around all that using a new technique: 3D printing fingerprints.

Michigan police recently approached professors at the University of Michigan to see if they could reproduce a dead man’s fingerprint in order to bypass the biometric sensors on his phone. The man was a murder victim and investigators believed there may be information relevant to the case on his smartphone.

Police were unable to reproduce the print themselves due to smartphone biometric sensors requiring electrical currents and 3D printed objects do not conduct electricity. To get a working fingerprint, professor Anil Jain made a 3D fingerprint, then coated it in a thin layer of metallic particles.

While this is great in this specific case, it does open up some questions in the security of smartphone biometrics. There have already been instances shown of high resolution photos being used to bypass biometrics.

Unfortunately, since the investigation is still ongoing there are few details about this new technique, but if you are concerned about someone using a 3D print to unlock your phone, you may want to switch to a secure password.