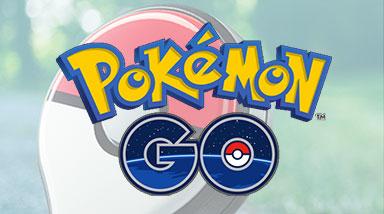 In case you were hiding out in the far reaches of Siberia or have been deep-sea fishing for crabs in Alaska, you have probably heard of the newest Pokémon craze sweeping the globe, called “Pokémon Go.”

And in case you do not have children, or are not among the fellow adults who have also been swept up in this Pokémon Go frenzy, this smartphone app is a geocaching game that has its players literally hitting real-world streets to find the Pokéstops that contain Pokémon characters. Once the gamers find and capture the virtual creatures at the Pokéstops, they can then train their new pets in order to trade them with other players.

This game is the biggest hit since Candy Crush and is enjoying runaway success; however, it is fraught with both privacy and security risks, and, unfortunately, those risks are not JUST of the virtual kind.

Problem: Pokémon Go players have the option to meet at actual locations and fight in virtual battles, Pokémon vs. Pokémon. While this can be a lot of fun, it has already been exploited by users in O’Fallon, Mo. On July 10 around 2 a.m., police were called to an armed robbery where they arrested four suspects, who were reportedly luring actual users out to isolated locations with the app, and then robbing them. Not only was one of the suspects a juvenile, but they also recovered a gun.

While this is a fun feature, be sure to use common sense to mitigate real-world risks, and also be sure to report any suspicious activities to local law enforcement.

Problem: The Pokémon Go app allows users to login from either their Google or Apple accounts, giving the app access to an excess of device permissions.

Solution: Create “burner” accounts that are utilized only for the game; this limits the amount of real data that you give the app access to on your device.

Problem: Less than 3 days after Pokémon Go was released, cybercriminals had already infiltrated the legitimate Android app with malware that can allow hackers to take complete control over the victim’s mobile device. Not only does the virus compromise the users’ smartphones, but it can also compromise any network that the user connects to.

Solution: Only download the app off of Google’s official app store. Hackers provide their intended victims with “Pokémon Go” download instructions on Gaming websites, but rather than linking to the official store, they link to sites with the malicious app that has been modified to include “DroidJack” or “SandroRAT,” which is the malware that essentially gives these cyber criminals full control over the device.

SHARE THIS ARTICLE WITH ANY POKEMON GO USER THAT YOU KNOW. It is important to share this information with your loved ones, especially if they have children; as the old saying goes, “It takes a village…”