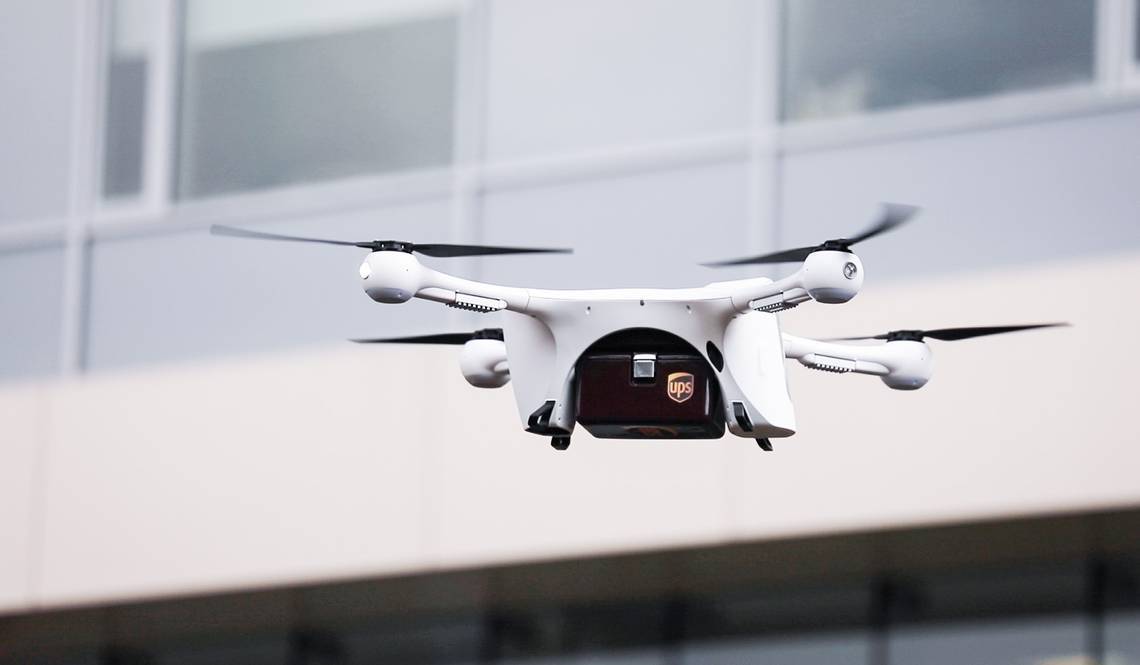 The use of drones is expected to not only speed up delivery times, but to also reduce costs. The UPS drones are set to deliver packages containing things like lab and blood samples between the WakeMed hospital system and various doctors and clinics. Today’s inaugural flight took around three minutes to cover a distance of about a third of a mile to deliver samples to the hospital’s pathology lab. While the drone’s flight was monitored by humans, it flew autonomously following a programmed route.

This is the first approved commercial delivery by a drone in the United States, but drones have been carrying out deliveries in other countries for some time. The use of delivery drones in the future is expected to be widespread.

The drones can carry a load of around four-and-a-half pounds currently, so don’t expect them to replace ambulances any time soon.