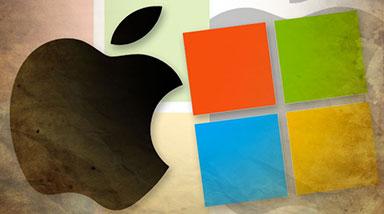 Apple has been ignoring FBI requests for creating backdoor security bypass that would allow “good guys” to access devices with a “Golden Key.” Being extremely security-conscious, Apple CEO Tim Cook politely, yet firmly, refused the request as too dangerous to comply with.

Unlike Apple, Microsoft complied with the FBI and then subsequently, mindlessly, released its Golden Key to all its devices that utilize UEFI Secure Boot. Windows tablets, phones and HoloLens, among others.

This means that the software giant is allowing users to replace their Windows operating system with a different operating system, and while also permitting boot/rootkits to install AND execute at base levels. This would be bad enough, but unfortunately, not only was the “patch” created by Microsoft not fully effective, but it might actually not be fixable at all. Because the developers chose to not allow users to turn it off on certain devices, the secure boot can be disabled on the entire device.

Many software gurus have been trying to explain to the FBI why these backdoors are so dangerous, but the FBI has not quit requesting them, regardless. In fact, there was a BlackHat security conference this week in which an Apple engineer, Ivan Krstić, explained how Apple’s security systems work. In that discussion, he pointed out that, unlike Microsoft’s Secure Boot, there is nothing in the iOS system that would allow for a backdoor to be added.

This attention to detail and security is most likely why Apple has been able to dominate the smart phone industry, while Windows and Androids have failed to take over the market share. Although Google’s products are more popular than Microsoft’s, both have been more susceptible to security issues.