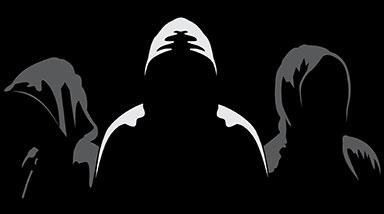 Have you heard of the New World Hackers?  They group claims to have dozens of members from all over, but it’s actually just a core of three people, the youngest and most technical of which is a teenager.

The group specializes in DDoS attacks, the most high profile of which knocked the BBC’s website offline for a few hours.  They also took down Donald Trump’s campaign site and the website of HSBC Bank.  To pull off the attacks, the group built their own stressor which can flood a website with 300-500Gbps.  Yes, that’s up to half a terabyte per second.  The New World Hackers sell this service via Bitcoin or PayPal.

The three core members are Ownz, Prophet, and Zain.  Not much is known about them, but here is what we do know.

Ownz is a college student at a university in Colorado, likely a computer science major.  He is in his early twenties and his parents are British and Russian and founded the group.

Prophet is a college student as well, though he is somewhere in the United Kingdom.  He’s still a teenager but is said to be the most technical of the New World Hackers.

Not much is known about Zain except that he is the oldest of the group (which doesn’t say much) and that he, along with Zain, launched the previously-mentioned attacked.

More is known about what you might call the group’s “support staff”.

John Lockhart, a.k.a. Huon Rengers, 22, is a former student in Brisbane, Australia.  The New World Hackers’s DDoS tool was registered with a lot of false information but is hosted by Cortex Networks, a hosting company owned by Lockhart.  He maintains that he’s not currently hosting or running anything, which may have to do with having been doxxed (the internet publishing of private data) by rival hackers and angry customers.

Thomas Hurst, who goes by Rizla, is another British teen involved with the New World Hackers.  He is the owner of another website used by the group.