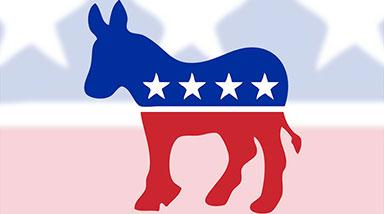 What is the definition of irony? Writing an email that mocks a news report, questioning your cybersecurity, just two months before your system is hacked, and said email is mass-leaked to the media.

Almost 20,000 emails from seven senior DNC staff members (sent between January of last year and May of this year) were published on WikiLeaks this past Friday. The emails ranged from strategic attempts to derail the Bernie Sanders campaign, to the deputy communications director, Eric Walker, mocking a BuzzFeed article that criticized the cybersecurity of both the DNC and the Republican National Committee (RNC).

In fact, the subject line of this mass email was [sic] “The dumbest thing I’ve ever read: Buzzfeed: These Experts Think The DNC And RNC Are Both Horrible At Cybersecurity”

The ironically mocked article was written by a cybersecurity correspondent named Sheera Frenkel. The main critique focused on the fact that both the DNC and RNC hand out thumb drives to reporters. Analysts pointed out that this is extremely risky; as soon as a thumb drive is plugged into a computer, the system becomes subject to EVERYTHING that is on that hard drive, including malware. In fact, it is the easiest way to infect a computer, so handing them out is not the way to go.

“Thumb drives are known within the cybersecurity world for their fundamental security weaknesses,” Frenkel wrote, “because when someone plugs a thumb drive into their computers they are opening up their system to anything on that drive — from the best hotels to stay in during the Republican National Convention to a virus that silently uploads itself onto the hard drive.”

Walker did not only say that the article was just plain stupid, but he also essentially stated that [sic] “we hand out thumb drives at events, which could infect the reporters/attendees’ computers. So that means that we’re bad at cybersecurity. Okay.”

It is a possibility that this email was a bit of a “passive aggressive” means to warn staff members against handing out thumb drives, but Walker has not yet responded to the emails. The DNC, however, stated in June that their data was compromised by hackers in Russia, though they have not said whether or not the Russians utilized thumb drives to hack into the system.