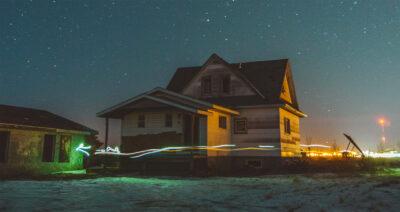 I’m not sure who exactly needs to hear this?  But for those in the back:

They not only give zero flips that there’s a deadly pandemic raging here in the US, but they are using the vulnerabilities created by virtual class- and boardrooms to their advantage… To extreme degrees.

Just ask this partner at a top law firm whose son was accepted into a prestigious private school in Miami.

Like most students, this lawyer’s son was forced to attend online classes when the pandemic began.  Not long after, the father just happened to notice that he some $70,000 in unexplained charges on his Amazon account.  Growing increasingly suspicious, he did some additional digging and found thousands of dollars in charges on his Apple Pay account, as well.

As any normal person would do, the attorney called both local and federal officials, who were able to figure out that the cybercriminals got ahold of the accounts from his son’s school.

Luckily, he was able to go out and purchase new computers and devices for his entire family, and that’s where the hacking ended… For two whole days…

After regaining control of the lawyer’s systems and network, the besmirched hackers started to get downright cruel; they found their way into the energy center of the home and completely shut down the home’s power – and the family was unable to take back control!  So even though the ‘Rona was running rampant throughout Florida, the family was forced to move into a hotel.

This was no longer funny or even slightly amusing and not even officials could get the lawyer control back over hearth or home, and it just got worse from there.  By taking over the lawyer’s email and phone number, two-factor authentication was a breeze to crack, and these hackers were able to basically take over his life!

In fact, after nearly three months in the hotel, he was forced to buy a new home and hasn’t yet been able to sell the home that was taken over by the hackers.
And if you think this couldn’t happen to you, you haven’t been paying attention.

The FBI just released a statement showing that hackers have been attacking at a rate of around 4,000 EVERY DAY!  This is a 400% increase from the start of the pandemic!  Just take a look at the terrible attacks faced by hundreds of the FBI recently announced the number of cyberattacks has spiked to as many as 4,000 a day and include the deplorable cyberattacks levied against (potentially hundreds of) healthcare facilities across the nation that we reported on.

But if you have been paying attention, this isn’t a shock; in fact, I warned about such attacks occurring at the beginning of the pandemic in my blog.  And the scariest part is that these attacks are becoming simultaneously increasingly sophisticated AND malicious.
Just ask this lawyer.
Fortunately, there are a number of steps you can take.
First, I STRONGLY URGE YOU to download my FREE Remote Security Checklist now, rather than later.  And feel free to share it with your friends and loved ones; it will give you some great, simple pointers on how to increase the cyber security of your home office.
Additionally, contact your homeowner insurance company and see if you are covered in case of a cyber attack; it’s likely that you aren’t, but that’s ok – most providers carry cyber coverage and identity theft protection add-ons.  Even then, if they don’t have it, you can do a search for any other carriers that do offer it.
Like most insurance, you hope you never need it, but if you do?  You’ll be glad you got it, and as far as personal coverage goes, it’s ridiculously inexpensive… like less than $20 PER YEAR inexpensive.
If it can happen to healthcare systems across the country, and important partners in top law firms?  It can happen to you.
Of course, you can always call us at 919-422-2607, or schedule an appointment online for free if you have additional questions.
And please… Stay safe out there.