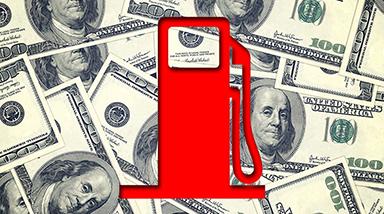 Going inside a gas station just to purchase has has become all but obsolete for many of us… And when is the last time you paid for gas with cash?

While paying at the pump with your card is convenient, it has just become much less secure.

According to police in North Dallas, at least five gas stations around the area have been targeted by highly sophisticated cyber criminals who are using Bluetooth to steal credit card information.

It was discovered by the authorities after one of the pumps’ screens malfunctioned, thus uncovering the device.

Police are investigating the incidents, but stated that because the criminals are utilizing Bluetooth, the hackers do not have to physically return to the scene of the crime to retrieve the syphoned data, which makes capturing them that much more difficult. They also advise that the best way to avoid becoming a victim is by paying inside, preferably with cash.