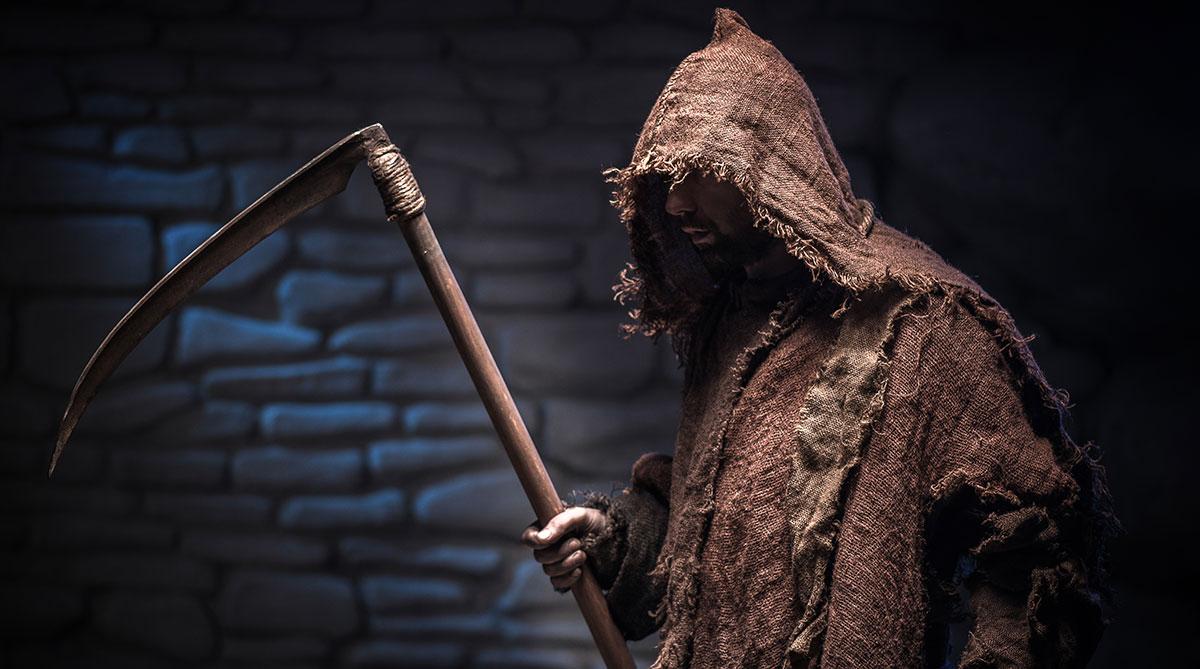 Cybercrime and death have more in common than you think. No one has died from being hacked yet, but if you keep reading you’ll see why you should fear hackers the same way you fear dying.

The Reczone password manager seems like a perfect way to keep your login credentials safe. It is an air-gapped device that stores your passwords and is protected by a PIN. No internet connection, no way for a hacker to get your passwords unless they walk through your front door and type the PIN in. But that doesn’t mean that the Reczone is perfect.

Of course, given enough time a hacker could find a way inside and steal the passwords and usernames, but the Reczone also has a tiny reset button that can be pushed with a simple paper clip. There’s no PIN protecting it, so all it takes is one push of a button and every password you have is gone. Since backing up your password manager would defeat the purpose of having one, if a hacker wanted to lock you out of your accounts all it would take is for you to leave your manager out at work. Not convinced that cybercrime is deadly yet? Keep reading.

Mondo DB is an internet database were thousands of companies store data that can be accessed and edited from any computer once the default server is downloaded. You can see why Mondo is useful for thousands of companies, but it’s far from the perfect tool. There are few safeguards that keep people from misconfiguring their databases, resulting in thousands of databases being accessible and editable to anyone online. That’s how Verizon leaked contact information for 1.5 million people last year.

Of course, hackers have found the databases and encrypted their data and asked for a ransom to decrypt the data. But it gets even worse because once a database is left open even the hackers can’t keep other hackers from altering the data which results in the loss of all the data. So even if you do pay the ransom, there is little chance you’ll actually get your data back. And this isn’t an isolated thing, at last count, there were at least 29,000 encrypted Mondo databases that had all their data erased. Is losing database deadly? You might not think so, but just wait, the worst is yet to come.

In September, two cybersecurity organizations released a report that said St. Jude Medical used pacemakers and defibrillators that were vulnerable to hackers. Specifically, a cybercriminal could drain the battery or throw off the beat rate of a pacemaker. The report caused a big loss on the stock market for St. Jude, so they responded by filing a defamation lawsuit and denied the vulnerabilities mentioned in the report.

But on January 9th, St. Jude released a cybersecurity update that patched some of the flaws mentioned in the report, which looks bad not just for St. Jude patients but all patients. And it might be even worse, because according to one of the original organizations that published the report St. Jude failed to address the universal code that allows hackers access to the medical devices.

Cybercrime isn’t just deadly because medical devices can be hacked, though. It’s like death because it doesn’t matter if you have an offline password manager or use a service that large companies like Verizon use, it can strike anyone at any time and there’s little you can do about it. You might be able to make cybercrime less likely by taking your security seriously, but you’re always going to be vulnerable.

So should you give up? Well, have you given up on living because you can die at any time? Of course not, you still do everything you can to stay healthy, and that’s exactly what you should do about cybercrime. You can’t keep cybercrime out forever, but if you stay informed on all the happenings in the cyber world you’ll be in much better shape than most other people when you are hit.