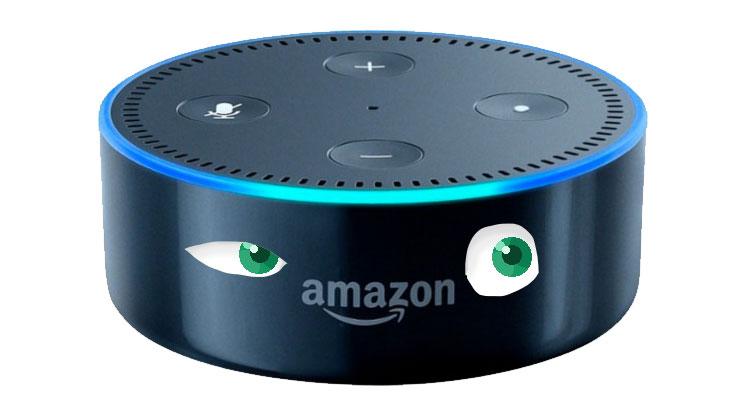 Could Amazon Alexa be the new spying tool? People have raised the alarm after a user of Amazon Alexa claimed the popular digital assistant could have recorded a conversation between her and the husband and sent the recorded conversation to a random person on their contact list. This and many more questions have brought into play various privacy laws in the country.

Researchers have a new way in which you can turn your Amazon echo into a spying device. The Amazon echo enables you to activate several applications on your phone using voice commands. You can ask questions like play music, make calls, set alarms among other things.

The device is only activated when you issue the command “Alexa,” and a session is terminated soon after. While Amazon has given developers the go-ahead to develop custom applications for Alexa, researchers have been able to create a proof driven skill for Alexa. This forces Alexa to continue to listen to conversations in the background and send the same to a third party.

The skill has been disguised as a simple calculator that you can activate by saying “ Alexa, open calculator.” When the calculator app is opened, the skill also turns on the microphone without your knowledge. Alexa usually terminates a session once you are done with it but the hackers can continue with the other session without the user requesting for the microphone feature to be turned on. This way third party becomes privy to your intimate conversations.

One of the ways users can detect if they are spied on is to check whether the Echo blue sign is on for a long time. Amazon constantly checks their online stores for malicious software but the trend may still continue as hackers become more innovative.

The biggest problem with technologies like Alexa is that personal recordings can be gathered by the company itself and uploaded on cloud without your knowledge. In Arkansas, a suspect was convicted of murder based on information left on his Amazon echo device. Another challenge comes in the form of hackers. They can easily access information related to financial transactions and use the same to commit fraud.

Amazon Echo is a fun assistant that lets you multitask on various skills. A Research firm called Checkmarx showed that it could be very easy to hack Amazon echo. Using simple programming skills, they were able to activate the microphone with simple commands. The app was even uploaded on Google App store making it accessible to everybody. The hack has raised concerns from faithful users on whether the Government and other third parties could be out to spy on them.

Smartphones have brought many innovations when it comes to applications. People are able to download some cool applications that are of great help in many areas of their lives. But, it also comes at a cost that hackers can develop malicious apps that work in the background and can be used for fishing expeditions. Data in the wrong hands can cause a lot of harm to users.