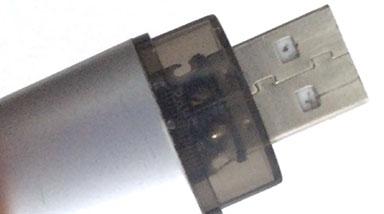 Or at the very least, DO NOT STICK IT IN YOUR COMPUTER!!

USB sticks are the easiest way for hackers to get malware on your computer.

Elie Bursztein, a Google anti-abuse team researcher, recently conducted a study in which he “dropped” USB devices on a college campus to test the spreadability of viruses. What he found was scary…

At a whopping rate of 97%, almost all the dummy USB’s were picked up on the campus. Of those, about half were not only inserted into computers, but also had files that were opened. And if the USBs are marked “Confidential” or “Exam” they are much more likely to be opened.

Once the USB is in your computer, there are there are several ways malware can be infect your device. For example, the USB could contain viruses that are embedded in files then downloaded once executed. It could also direct your computer to a malicious site. Another way to steal sensitive data is by tricking the target into thinking the device is a memory stick when in reality it is a keyboard spoofer that can be remotely accessed by the hacker. Once activated, the thief essentially has unlimited access to your computer.

The list of threats goes on. But the important thing to remember? Be very wary of any unknown USB devices… Always err on the side of caution.