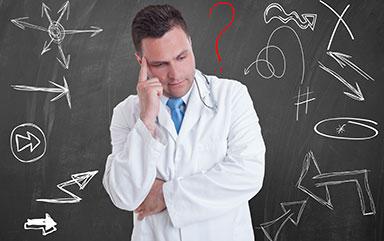 According to a recent two-year study of hospitals and other organizations related to the healthcare industry, medical facilities on the whole are woefully unprepared to the threat of increasingly more sophisticated hackers. More specifically, their defense is focused almost exclusively on protecting patient records and is typically reactionary rather than proactive. What defenses that are out there are meant to stop blanket and more rudimentary hack attempts.

While most strategies have been designed to protect patient data, these strategies don’t take into account how disruptive something like a ransomware attack can be to a hospital’s daily operations. That aspect is in some ways a greater threat to a hospital as it can interrupt the care of sick patients. For example, Hollywood Presbyterian Medical Center, had their files held hostage and were forced to switch to using pen and paper after being hit with a ransomware attack. They only regained access after paying $17,000 to the cybercriminals responsible. Hollywood Presbyterian isn’t the only medical center to essential be shut down by hackers this year. The Los Angeles county Health Department, Chino Valley Medical Center, Desert Valley Medical Center, Kentucky’s Methodist Hospital, and MedStar Health in Washington DC have all been affected.

Basically, it’s in all likelihood going to be impossible to prevent every intrusion, so part of any organization’s plan should be to mitigate their outcomes. Unfortunately, most organizations aren’t up to the task. Greater than 80% spend less than 6% of their IT budget defending against cyberattacks, with more than 50% spending less 3%. This is a fairly damning figure considering comparable industries like finance spend 12% or more. Almost 75% say that the security is discussed some of the time in board meetings, or worse, it’s upon request.

With this information in mind, here are the top five cybersecurity issues facing the healthcare industry today: